Every reviewer is always torn between his personal tastes and what he sees is the taste of the general public.  Perhaps that's why it's so hard for me to give an awful review to a successful restaurant that's always full of people. Maybe being a middle eastern myself  that causes my standards to be a bit high. Perhaps the crowd that comes to Habibi is less interested in the Hummus and more fascinated with smoking a Hookah close to UCLA. Habibi is  usually packed with college students wanting to mingle and smoke a Hookah.
But for those wanting a Hummus not a Hookah  I say - AVOID this place.

The Hummus tasted old and generic. I  felt it had too much garlic and I love garlic. So stating that something has a strong garlic after taste-  is not a comment I've ever used.

I also ordered their Falafel sandwich which comes in a small pita. There were about three Falafels in it overall and at the end I still felt hungry and unsatisfied. It costs $6.00 which is double what I would have paid if I would have ordered three one falafel in a small pita.
The Falafel came in the sandwich without hummus which was also dissapointing.

Their Falafel plate is $14 which I feel is robbery .

The Falafel is good but not great. I give it credit for being fresh - but the taste was nothing to write home about.  That said the way it was served was dissapointing. Tiny pita that doesn't really resemble a middle eastern pita - with a hole. It's more like a puffy Burrito or one of those things you get at a Greek restaurant. That contributed to the messy eating experience with this. It was also wrapped in an unusual way that made the entire meal uncomfortable and everything kept falling out of the sandwich.
If you're a college student on a date - don't eat the Falafel - cause you're almost guaranteed to look like a fool.

I wanted to check their take out as well and ordered a Hummus to go and got it in a paper box which was a first - Cheap paper that became soggy and added to the awful taste of the Hummus.
Also, they were extremely ungenerous with the Hummus. They served it in a very small quantity - oh and they dizzled some olive oil which helped make the box even soggier. This treat will run you $5.95 which for the size I felt was overpriced.

They don't accept Mastercard or Visa for under $10 - which means you can't just go in there and order a falafel sanwich . I waited to get the Falafel to go for over 20 minutes even thought there was no one there. The place has bad service and is very slow. Guess people who go there aren't in a rush.

If you're a college student and want to sit with friends to smoke a Hookah I'd recommend this place.
For food - I suggest go elsewhere.

This Hummus is one of the worst Hummus I've tasted in Los Angeles - and so I give this place a one star - only for the atmosphere.

Is Hummus mentioned in the bible? 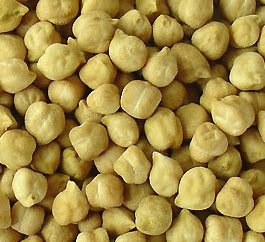 I found a really interesting article in another Hummus blog: HUMMUS101
It quotes a famous Israeli author, Meir Shalev's conclusion that Hummus was mentioned in the bible.

Here's what Hummus101 blog wrote:
"The first documented use of chick-peas to make humus in the middle-east, is from the age of the crusaders. What few people know is that humus was also mentioned in the old testament.
On the first time Ruth and Boaz had met in Bethlehem, he offered her some humus: “And at meal-time Boaz said unto her, Come hither, and eat of the bread, and dip thy morsel in the vinegar” (Ruth 2-14).
This is a mistranslation of course. The original word in ancient Hebrew, is “Hometz”. Which not only sounds a bit like “Humus”, but also resembles the word “Himtza”. The Hebrew name of chick-pees.
True, “Hometz” in modern Hebrew is vinegar. But you don’t really think Boaz was so rude as to offer Ruth to dip her bread in vinegar, do you?"

Well, Hummus Guide's meticulous blogger did some checking of his own and based on various English translation of the bible it seems that indeed some translations don't refer to the Hebrew word of HOMETZ, as vinegar but translate it as Roasted grains, meaning that Boaz gave Ruth Roasted grains to dip her bread into - i.e. a roasted grain dish - which is very likely Humus.


So it is possible that Hummus is biblical.

Thanks to Hummus101 and thanks to Meir Shalev the famous and great Israeli writer for noticing this.