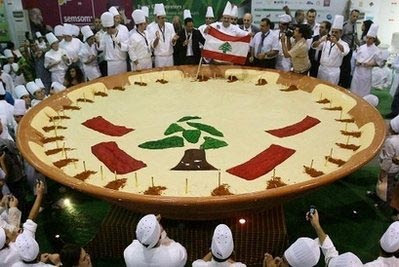 Awhile back we reported to all of you about the Hummus Wars between Israel and Lebanon.
We even followed up on that funny story that kept developing like a true Middle Eastern Soap opera.
(For all those who forgot -

Click here for the AP story reported by the NYPOST 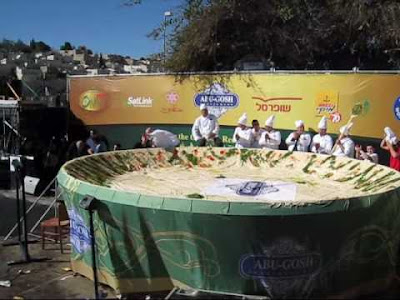 Well, like all real life soap operas - Hollywood eventually comes knocking - and this story is now being made into a film by gifted Los Angeles director - Avital Levy.

The project already has a trailer that can be seen and they're raising money for it on Jewcer.com - A Jewish kickstarter.
And for those who have been living under a rock for the last six month and have never heard the name Kickstarter -
Kickstarter.com has become the premiere destination for many filmmakers and all other visionaries to raise funding for their various projects.
But while Kickstarter has endless projects and thus it's easy for fund seekers to get lost in the shuffle -
Jewcer aims at catering to a more specific crowd and for more focused projets and hopes that will make it easier for those interested in Jewish themes to find the right project they'd like to fund.
Here's what I found on them online:

"Jewcer is a crowdfunding platform for projects, ideas and causes benefiting the global Jewish community and Israel. Jewcer innovators and funders make a positive impact on the world by sparking innovations and turning ideas into reality."

Here's what they write about the project: 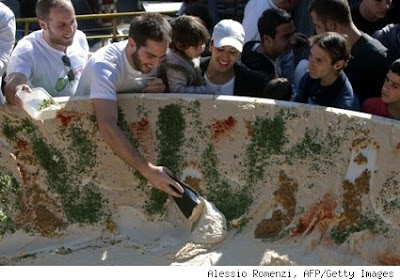 "Hummus Wars is a documentary about national pride through food and by breaking a world record. Each country has the intention of winning and remaining steadfast about their superiority, ownership and historical connections to hummus. The goal of the documentary is to shoot the battle from the perspective of each country - Israel and Lebanon while capturing the events and points of view from within these countries which have been neck to neck to win since 2007. Ultimately, this is the story of people, community and two little countries attempting to reach a form of self-determination through their status with hummus."

So for all you Hummus lovers - I hope you help them out, cause I think the world needs more Hummus themed films.

Good luck to the filmmakers and we can't wait to see your Hummus film.

If you want more info here are the links both to Jewcer and to the Hummus War's page:


And for those wanting to pursue their own project on Jewcer, Click here for Jewcer