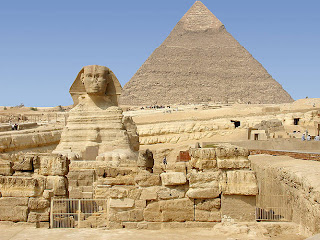 Even thought Egypt is going through a political roller coaster - more people are travelling to it than ever.   Perhaps it's cause Egypt is getting a lot of daily exposure in the mainstream media and perhaps it's cause for many in the Western world there is something extremely romantic in travelling to a nation who's people decided to take their future into their own hands and through a peaceful revolution changed their own government .

A few asked me about Hummus in Egypt and I didn't know what to answer. I love Egypt and the Egyptian people. It's a magical country that has so much history and ancient architecture that is a  monument to the beginning of modern civilization.

Since Google is tied so heavily to the Egyptian revolution - I figured it'll also be OK if I google to find out what the pro's think about Hummus there and if anything changed after the revolution also in terms of the standing of the top Hummus restaurants there. 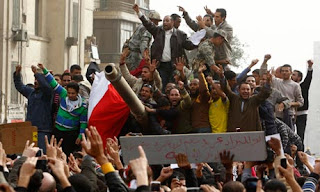 But sadly when I googled the words : BEST HUMMUS EGYPT - there were no links to actual restaurants for 2 whole Google pages. Dozens of links - and none to actual dining places in Egypt.

I decided to change my search words and typed HUMMUS and EGYPT...
I thought maybe if I'll make it a broader search I will get a list of hundreds of Hummus restaurants in Egypt.
After all, when one types just the word HUMMUS and reads about it in Wikipedia - one of the first thing Wikipedia does mention for all Hummus history seekers is that:

So how could the nation that had the first recorded Hummus recipe published - not have any thing in GOOGLE?

But I was not willing to give up yet - so I Googled the words:  BEST MIDDLE EASTERN RESTAURANT EGYPT - and sadly, all that popped up were links to middle eastern restaurants in the US.

I was shocked that I couldn't find any Egyptian Hummus restaurants in Egypt.

Hopefully now that Egyptian are standing up and taking destiny into their own hands - they will also help remind the world - they are also the leaders with Hummus and in the future when people around the world Google Hummus and Egypt  - they will not just get the best Egyptian restaurants in the US.

I would love to hear thoughts from those who have been in Egypt recent.

One of the amazing things is that TRIP ADVISOR has a list of the top 10 restaurants in Cairo.
Their number 1 restaurant isn't a local cuisine but rather a Japanese restaurant.

#2 is a Lebanese restaurant.
Their info:

While I've never been to that restaurant my initial thought is that since it's in the InterContinental - it probably won't be as cheap as other less fancy places.
But from the pictures it looks clean and indeed fancy for the middle eastern restaurant.
Trip Advisor gives #3, #4, #5 best restaurants in Cairo to an Italian, Indian and Four Seasons restaurants.
#6 is finally an Egyptian restaurant. Here's the info:
Kebabgy - 3 El Thawra Council Street | P.O. Box 732, El Orman - Giza, Cairo, Egypt

Then #7,#8,#9 are again not local cuisines and finally at #10 are again Egyptian:
Koshari al-Tahrir - Sharia Abd el-Khalik Sarwat, Cairo, Egypt
Only in #11 is there a recommendation for a cheap Egyptian restaurant:
Koshary Abou Tarek -16 Maarouf St. | Champollion, Cairo, Egypt


Looking at the reviews on Trip Advisor it's sad that traditional Egyptian Restaurants are at the bottom of the top 10 restaurants in Cairo.

For other cities - here's links to the thoughts of the big guns of travel and what they recommend:


LONELY PLANET:
Lonely Planet publications a very respectable international tour  company and  they do have some recommendations about Egyptian restaurants. While I highly trust Lonely Planet about travel - their food recommendations can be a hit or miss, and the restaurants they currently recommend mostly have less than 10 likes each - so it's hard to know if others agree or not with Lonely planet's taste buds:

TRIP ADVISOR:
Except for it's top 10 list - TRIP ADVISOR also has a list of many restaurants that travellers have attended and liked - but while I love Trip Advisor's recommendations about hotels - with Food it gets more tricky as many times the highest rated restaurants are mediocre places as it's about the average rating of millions of travellers and in that kind of scenario - not always the greatest places shine.


FROMMER:
http://www.frommers.com/destinations/egypt/0398020003.html
They have a lot of restaurants but also many aren't neccasserily Local Egyptian. Here's one of the ones that is recommended but from their description doesn't seem cheap or fast and reservation is required so it's not for those just wanted to come on a whim and eat some Hummus.

"Abu Sid (Off 26th of July St., Zamalek, Cairo; tel. 02/27359640): Reservations are required at this upscale eatery, and when you get to the table, traditional Egyptian cuisine never tasted so good. "


Searching for Hummus on facebook brought up one restaurant in Egypt: