Hummus is finally becoming mainstream and getting a lot of space in the pages of the Wall Street Journal.
In some states - farmers are starting to plant chickpeas instead of tobacco.

Here's the story. Quite impressive. 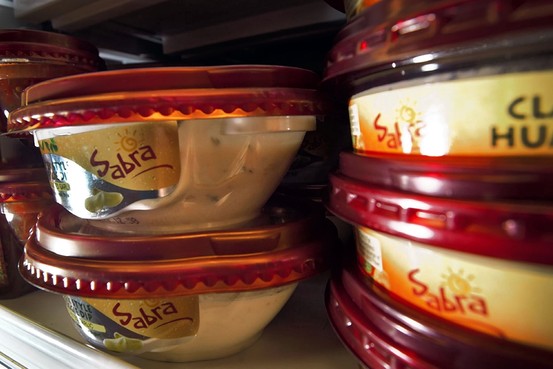 Bloomberg News
Sabra sales were estimated to reach $315 million last year.
CLOVER, Va.—Prodded by the largest U.S. hummus maker, farmers in the heart of tobacco country are trying to grow chickpeas, an improbable move that reflects booming demand for hummus. 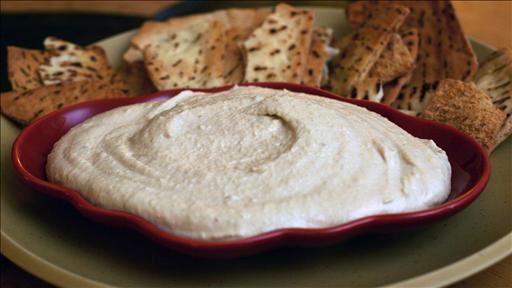 The humble chickpea is having a heyday. But while demand for chickpeas and hummus is high, farmers are preparing themselves for a potential shortage. David Kesmodel has details. Photo: AP.
Sabra Dipping Co., a joint venture ofPepsiCo Inc. PEP -0.22% and Israel's Strauss Group Ltd., wants to cultivate a commercial crop in Virginia to reduce its dependence on the legume's main U.S. growing region—the Pacific Northwest—and to identify new chickpea varieties for its dips and spreads.
For Sabra, which makes hummus at a plant near Richmond, Va., a secondary source of supplies could help protect the company if a chickpea shortage occurred because of crop failures in Washington or Idaho. Sourcing chickpeas locally also would lower its shipping costs. But the Virginia effort carries risk, because experts say the state's high summer humidity could prove a significant obstacle to its viability.
"We need to establish the supply chain to meet our growing demand," says Sabra's chief technology officer, Tulin Tuzel. "We want to reduce the risk of bad weather or concentration in one region. If possible, we also want to expand the growing seasons."
Long a staple of Middle Eastern cuisine, hummus is earning a growing following among Americans seeking more-healthful snacks. The chickpea dip is low in fat and high in protein. Sales of "refrigerated flavored spreads"—a segment dominated by hummus—totaled $530 million at U.S. food retailers last year, up 11% from a year earlier and a 25% jump over 2010, according to market-research firm Information Resources Inc. 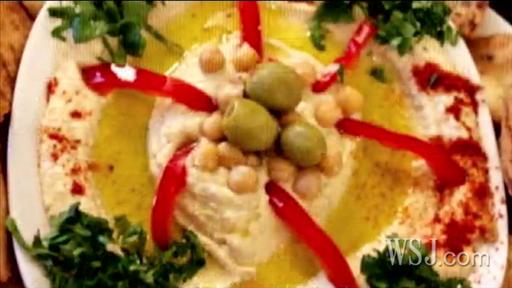 Watch Denize Hazime of the popular online series "Dede's Mediterranean Kitchen" share her recipe for hummus.
The growth has caught the attention of big food companies like PepsiCo, which bought a 50% stake in Sabra in 2008, and Kraft Foods Group Inc.,KRFT -0.16% which owns Athenos, another big hummus brand. Sabra on Tuesday is expected to announce an $86 million expansion of its hummus plant near Richmond to help meet demand. It expects to add 140 jobs to the facility, which currently employs about 360, over the next few years.
Sabra doesn't disclose financial data, but IRI data show its hummus sales were about $315 million last year, up about 18%. And because some retailers, including Costco Wholesale Corp., COST -0.18% don't provide information to IRI, the figures understate Sabra's retail sales.
Sabra, based in White Plains, N.Y., has helped introduce more Americans to hummus through huge sampling events in major cities in which it has handed out 10,000 2-ounce packages a day. Sabra began its first national television advertising campaign earlier this year.
"Most of the consumers out there still don't know what hummus is," said Adam Carr, chief executive of Tribe Mediterranean Foods Inc., a Sabra rival. "We think that there are going to be lots of new users coming to the category."
Growing demand for hummus has pushed up prices for chickpeas, spurring farmers to increase production. The average price that farmers received for chickpeas was 35 cents a pound last year, a 10-cent increase over the mid-2000s, according to the U.S. Department of Agriculture.
Though chickpeas are a tiny crop compared with corn or wheat, last year's U.S. harvest totaled a record 332 million pounds, up 51% from the previous year, according to the USDA. The value of the U.S. chickpea crop hit a record $115.5 million last year, USDA data show.
Enlarge Image 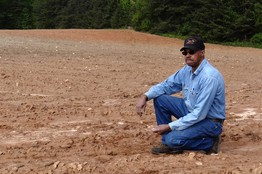 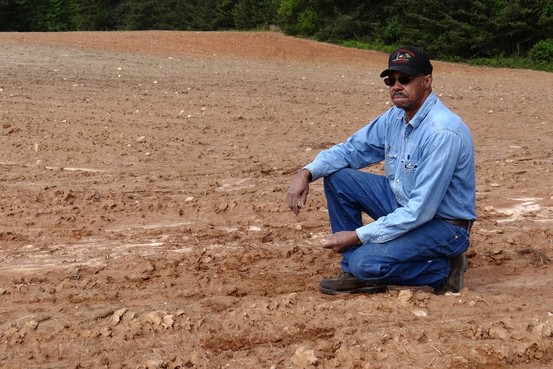 David Kesmodel/The Wall Street Journal
Last year's U.S. chickpea harvest jumped 51% from the previous year. Above, Virginia farmer James Brown is testing the legume.
U.S. farmers are expected to plant a record 214,300 acres of chickpeas this year, up 3% from last year and a fivefold increase over a decade ago, the USDA said. Demand for the U.S. crop from Spain, Turkey and Pakistan also has led farmers to plant more.
In Walla Walla, Wash., farmer Pat McConnell, 51, said he intends this spring to plant about 950 acres with chickpeas, more than double his crop last year. "They've become a pretty lucrative option," he said. "I really think chickpeas are going to continue to grow in popularity."
Virginia officials are eager to develop new crops in a state where tobacco farming has shrunk dramatically since the 1990s because of declining cigarette sales.
Sabra has provided financial support for chickpea research at Virginia State University, and this spring, Virginia State recruited farmers to plant chickpeas in on-farm trials.
But Virginia's summer humidity and heat could make chickpeas more susceptible to a fungus known as Ascochyta blight that long has threatened chickpea crops in the U.S.
Virginia State University agronomist Harbans Bhardwaj is working on identifying a variety more suited to the climate, that could potentially be planted months earlier than most chickpeas. Mr. Bhardwaj thinks Virginia farmers may be able to grow the crop on a commercial scale within three years.
James Brown, a 72-year-old tobacco, corn and soybean farmer in Clover, Va., said he knew nothing about chickpeas when an extension agent from Virginia State called him several months ago and asked if he would plant the legume.
He said he jumped at the opportunity because he is looking for ways to make his roughly 300-acre farm more profitable.
Mr. Brown planted four acres with chickpeas in mid-April. That week, his wife served him the first chickpeas he'd ever eaten. "They tasted pretty good," the farmer said.
Write to David Kesmodel at david.kesmodel@wsj.com and Owen Fletcher atowen.fletcher@dowjones.com
Corrections & Amplifications
Sabra co-owner Strauss discloses some of Sabra's financial results in Strauss's securities filings. An earlier version of this article failed to note the parent company's disclosure.
A version of this article appeared April 30, 2013, on page B1 in the U.S. edition of The Wall Street Journal, with the headline: Hummus Conquers America.
Posted by Dan Katzir at 6:38 PM